IMDb: 6.6 2018 108 min 779 views
Set in a dugout in Aisne in 1918, a group of British officers, led by the mentally disintegrating young officer Stanhope, variously await their fate.
DramaWar

IMDb: 5.8 2018 107 min 638 views
The story of the Polish fliers who found themselves fighting for the freedom of their own country in foreign skies. Seen through the eyes of Jan ...
DramaWar

IMDb: 3.4 2018 120 min 770 views
An American pilot is sent to a Chinese province to teach a crew of would-be pilots how to fly war planes against the Japanese during World War II.
ActionAdventureDramaWar 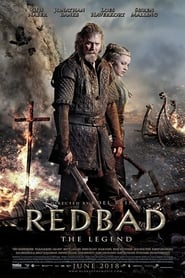 IMDb: 6.8 2018 142 min 306 views
A squad of the Jiaolong Commando Unit – Sea Dragon, a spec ops team of the Chinese Navy, carries out a hostage rescue operation in the ...
ActionDramaThrillerWar

IMDb: 8.6 2018 99 min 475 views
A documentary about World War I with never-before-seen footage to commemorate the centennial of Armistice Day, and the end of the war.
DocumentaryHistoryWar

IMDb: 6.9 2018 124 min 276 views
In 1942, in Nazi-occupied Amsterdam, the banker brothers Walraven and Gijsbert van Hall face their biggest challenge when they decide to help ...
DramaWar 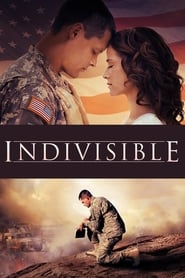 IMDb: 6.7 2018 119 min 284 views
Upon returning from serving in the U.S. Army, Chaplain Darren Turner faces a crisis that shatters his Family and Faith in God but through the ...
DramaWar

IMDb: 7.1 2018 110 min 274 views
On the eve of D-Day during World War II, American paratroopers are caught behind enemy lines after their plane crashes on a mission to destroy a ...
ActionHorrorScience FictionThrillerWar 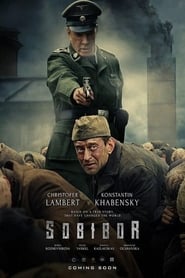 IMDb: 6.3 2018 110 min 288 views
The film is based on a real story that happened in 1943 in the Sobibor concentration camp in German-occupied Poland. The main character of the ...
DramaHistoryWar

IMDb: 6.6 2018 130 min 271 views
A team of CIA agents and special forces head into Afghanistan in the aftermath of the September 11th attacks in an attempt to dismantle the Taliban.
DramaHistoryWar

IMDb: N/A 2017 914 views
The Austrian Franz Jägerstätter, a conscientious objector, refuses to fight for the Nazis in World War II and is executed by them in 1943. ...
DramaWar

IMDb: N/A 2017 543 views
During World War 2, Jewish men were forced to box for Nazi Entertainment. The winner got extra food, the loser went to the gas chambers. Based on ...
DramaWar

IMDb: N/A 2017 1069 views
Miraculous evacuation of Allied soldiers from Belgium, Britain, Canada, and France, who were cut off and surrounded by the German army from the ...
ActionDramaHistoryThrillerWar

IMDb: N/A 2017 621 views
Journey of Laxman, an Indian man who falls in love with a girl from china while looking for his brother during the Sino-Indian war of 1962.
War

IMDb: N/A 2017 699 views
The true story of Marine Corporal Megan Leavey, who forms a powerful bond with an aggressive combat dog, Rex. While deployed in Iraq, the two ...
AdventureDramaWar

IMDb: N/A 2017 950 views
An Amazon princess comes to the world of Man to become the greatest of the female superheroes.
ActionAdventureFantasyWar

2017 84 min 652 views
My Enemy, My Brother is a real life story about two former enemies, Zahed and Najah, who fought in the Iran-Iraq War and later became blood ...
DocumentaryHistoryWar

IMDb: N/A 2017 161 min 656 views
Our hero Shivudu comes to terms with his legacy and the responsibility placed on him by this knowledge. Shivudu’s quest aims to find the ...
ActionAdventureWar

IMDb: 6.7 2017 138 min 534 views
Set against the backdrop of 1971 Indo-Pak war, the movie is inspired by real incidents and the protagonists are inspired by Param Vir Chakra ...
DramaWar

IMDb: 3.8 2017 75 min 517 views
A young woman (Tansy Parkinson) who possesses the supernatural powers and visions of an upcoming apocalypse is aided by a retired bounty hunter ...
ActionFantasyHorrorScience FictionThrillerWar
Page 1 of 12123