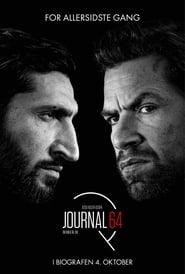 IMDb: 7.7 2018 100 min 660 views
A series of mysterious disappearances in 1987 are all eerily connected to the same person.
CrimeMysteryThriller

The Hitman’s Guide to Housecleaning

The Hitman’s Guide to Housecleaning

2016 487 views
A hitman for the Croatian mafia in New York City is forced to flee the States and accidentally ends up in Iceland disguised as a Southern ...

IMDb: 6.6 2013 110 min 544 views
Maybe the best thing to come out of Scandinavia during the hippie years was, in fact, the story of a radical libertarian and a hedonist ...
ComedyDrama

IMDb: 5.8 2011 83 min 518 views
Bruno loves his wife Maxine, but his love and body are slowly undergoing a transformation. Something is beginning to stir inside him and there is ...
DramaThriller

Everything Will Be Fine

Everything Will Be Fine

IMDb: 6.2 2010 90 min 431 views
A writer-director known for becoming obsessed with his own stories, Jacob Falk stumbles upon photographs of prisoners of war being tortured by ...
DramaThriller

IMDb: 6.5 2006 93 min 502 views
Actor Nicolas Bro reigns supreme in the role of Nicolas Bro – a man intent on making a film about himself. After his director friend ...
DramaRomance